Already from the end of the 1960s, Takis had begun investigating magnetic forces and the energy of magnetic fields, fundamental elements of his artistic oeuvre. He experimented, creating his first tele-magnetic works, known as “telesculptures” and “telepeintures.”

Yellow Magnetic Wall, 1976, is a characteristic example of Takis’ persistence and adventurous inventiveness aimed at conquering the dimensions of space. The canvas is transformed into a three-dimensional sculpture, while the elements are removed and hover in space. Thus, the shadows of the hovering elements projected onto the canvas ascribe an expression of the third dimension on the two-dimensional surface itself. The intense yellow colour and the overall composition reveal the playful demeanour with which Takis approached his creations and which every researcher hides within. 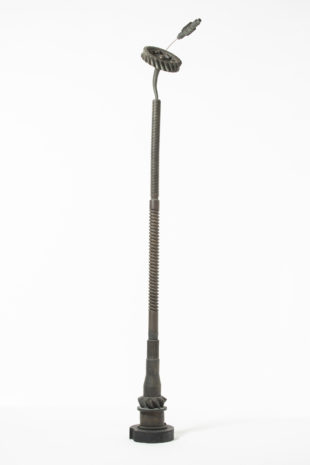 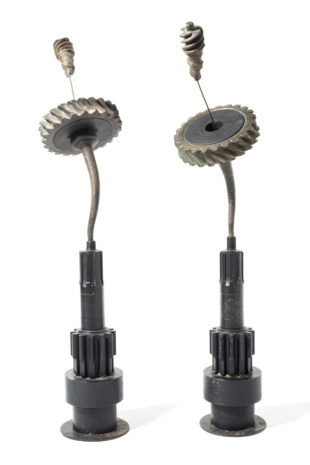 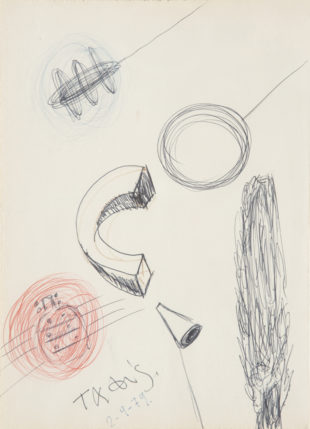 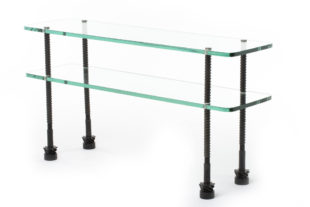 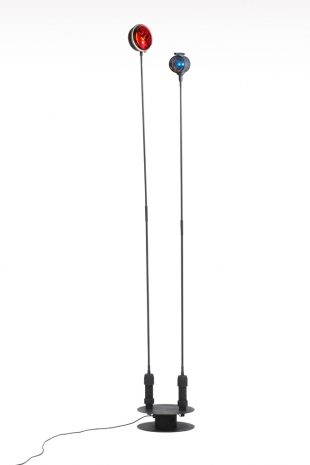 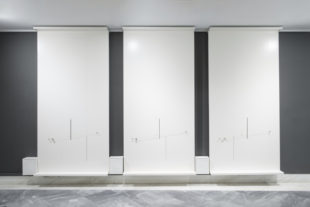 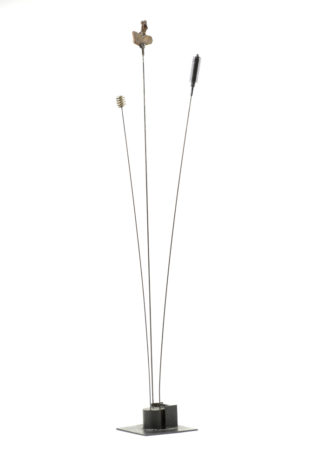 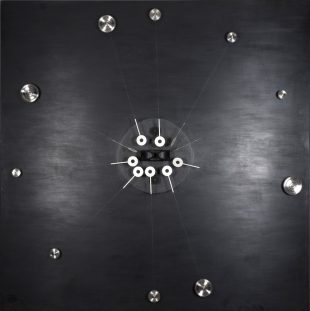 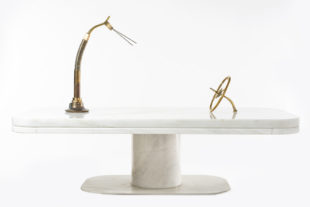