British Art of the Sixties

British Art of the Sixties

The exhibition had borrowed its title "Metamorphosis" from a painting of Bridget Riley (1931- ), a title which denoted the intention of the exhibition to reveal the visual "metamorphoses" which emerged in the sixties as the outcome of the great social, political and cultural changes which occurred in the post-war era.

The exhibition included paintings, sculptures, works on paper and prints drawn from the rich reserves of the collections of the Gulbenkian Foundation, Lisbon and the British Council, London. The presentation was focused on the different strands coming to the fore in art in the early-mid 1960s and featured key works by leading artists associated with British Pop; abstract art from the short-lived but influential Situation Group; and abstract coloured sculpture as initially defined by the famous sculptor Anthony Caro but later taken by younger sculptors who became known as the New Generation Group. In addition, important early works by such international figures as Bridget Riley and Howard Hodgkin were presented.

Curators of the exhibition were Richard Riley, Curator at the British Council in London, and Ana Vasconcelos, Curator of the Modern Art Center Jose de Azeredo Perdigao of the Calouste Gulbenkian in Lisbon.

The exhibition was accompanied by a particularly meticulous and informative catalogue of excellent design and printing quality. As well as reproductions of all the works, it contains an introductory text by Kyriakos Koutsomallis, Director of the Museum of Contemporary Art of the Basil and Elise Goulandris Foundation, and essays of the Curators of the exhibition Richard Riley, Ana Vasconcelos and Isadora Papadrakakis, Head Creativity and Society of the British Council in Greece. Catalogue also contains texts on the works of the exhibition by art historians Margarita Kataga and Elena Paleokosta, as well as biographical notes on the artists and selective bibliography.

Metamorphosis, British Art of the Sixties

[…] Exhibition "Metamorphosis - British Art of the Sixties" at the Museum of Contemporary Art of the Basil and Elise Goulandris Foundation is as dynamic as the boisterous wind that blows these days in the beautiful island.

The angry Art of the most turbulent decade
Despina Kontaraki, APOGEVMATINI - 2005

[…] The exhibition is the factual proof of the philosophy of a contemporary museum, which should not limited in its own walls, but it should be forming "journeys" through such collaborations as the one realized with the British Council and the Calouste Gulbenkian Foundation of Lisbon.

[…] the works are impressive, of grand dimensions and the whole setting of the exhibition which begins through a colourful, introductory space has an educational character, since each hall is specially dedicated to a particular painting technique.

[…] The link of the artistic present with the sixties is a good reason to visit the exhibition but definitely not by youself. […] This year the Muesum is full of colour and sculpture, that brings forth all the vividness and optimism of the time

A trip to London in the 60s
Margarita Pournara, I KATHIMERINI - 2005

[…] The British visual creations of the renowned decade of the sixties is featured in the outstandingly interesting exhibition of the Goulandris Museum in Andros, entitled "Metamorphosis"

London of the 60s in Andros
Krista Konstantinidis, ESTIA - 2005 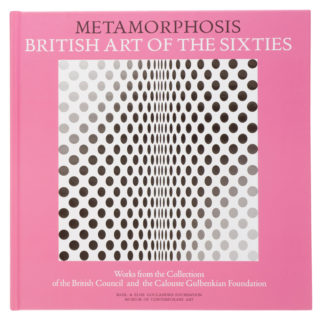 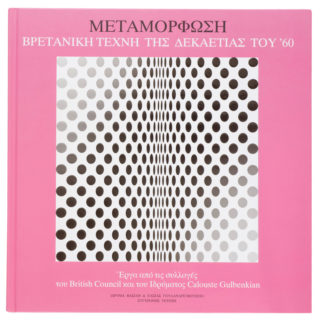