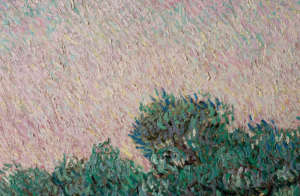 Catalogue of the thematic exhibition Giorgio de Chirico and Greek Myth held at the Museum of Contemporary Art, Andros of the Basil & Elise Goulandris Foundation from 25 June to 17 September 1995. That autumn, the exhibition was transferred to Volos, the artist’s birthplace, at the Giorgio de Chirico gallery of the Municipality of Volos and the Nicholas and Helen Porfyrogenis Foundation in Agria, Volos.

114 works (oil paintings, drawings, prints and sculptures), from the Giorgio and Isa de Chirico Foundation, the Santa Filippa Mareri Foundation and private collections, are included in this fully illustrated bilingual catalogue (Greek, French), accompanied by excerpts from texts written by the artist, an interview, chronology, bibliography and informative essays and comments relating to the works exhibited.

Essays contributed by:
- Mario Ursino, Curator of the Giorgio and Isa de Chirico Foundation’s collection
- Roger Cardinal, Professor of Literary and Visual Studies at the University of Kent, Canterbury
- Niki Loizidi, Professor of Art History
- Kyriakos Koutsomallis, Director of the Museum of Contemporary Art of the Basil and Elise Goulandris Foundation