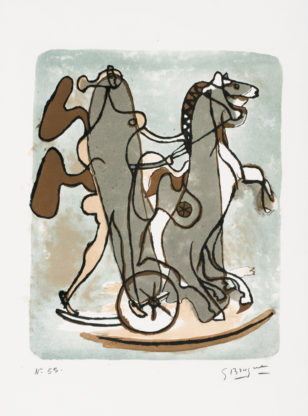 From 1930 Georges Braque’s life finally acquired the stability and calmness that was lacking until then. He was spending half of the year at his new residence in Varengeville, Normandy, where the contact with nature rested him and the rest of the year he was staying in Paris. In Normandy, he began to take an interest in sculpture, and started creating his first engraved plasters, dedicated to gods and heroes of Greek antiquity. In Paris, he took up again an activity he had abandoned for almost twenty years: lithography.

As he did with the plasters, Braque drew again his inspiration from Greek mythology for his first engraved works. The lithograph presented here is one of the first he carried out. To achieve the expected result, he carried out the printing himself, together with the engraver. He even modified the inking during printing, a fact explaining the colour differences that can be observed from one copy to another. Braque inspired Athena –or Athênê as he wished for it to be called– by an oil painting showing the same composition and the same chromatic scale, carried out in 1931. The goddess is depicted in upright posture, riding a chariot pulled by two horses, which are also shown standing only on their back feet. The lines and curves, clearly drawn, give a dynamic look to the entire work, as if the chariot was actually moving.

The composition seems to have satisfied Braque, as he would resume it, with certain differences, for other heroes as well, in the years following World War II. Persephone, Phaeton, and especially Helios, would be thus reminiscent of Athena, further enriching Braque’s dialogue with Greek mythology. 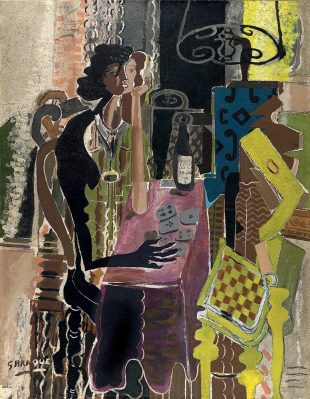 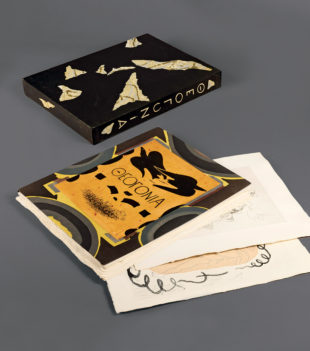 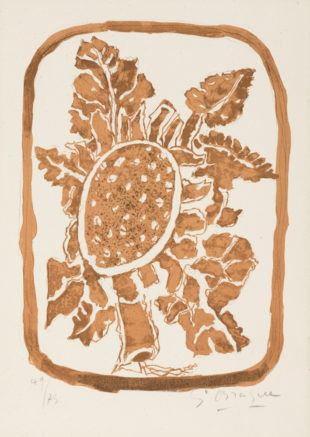 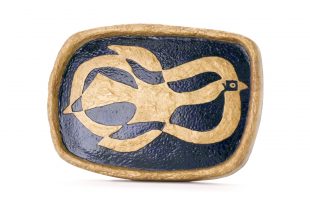