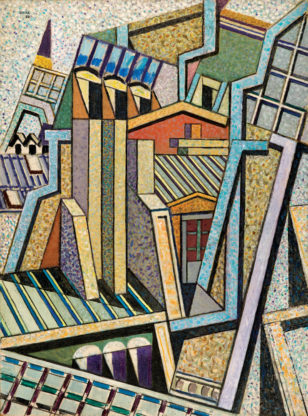 The architectural grids, the absence of human presence, the obvious influence of cubism, and the ash grey colours with a strong ochre presence are common elements of this creative period of Nikos Hadjikyriakos-Ghika.

As he characteristically mentioned in his texts: “I stood thoughtfully through my career, associating cubism with Greek geometrical field. After all, the first roots of Greek art in painted pottery and Greek architecture were geometrical”. Ghika’s painting has deep origins in the Byzantine and Greek folk tradition. The formation of his style was significantly influenced by Constantinos Parthenis, to whom Ghikas had apprenticed. Referring to his teacher, Parthenis, he later wrote that he had learned from him the geometric drawing, as well as the complementary colours, the contrast of the lines, and the art of leaving the canvas blank.

Nikos Hadjikyriakos-Ghika was born in Athens in 1906. In his teenage years he took his first painting courses and at the age of 17 he settled in Paris, where he attended classes in aesthetics, French and Greek philology at Sorbonne University. But painting was still captivating him, so he was enrolled in Académie Ranson. Soon after, upon prompting by his teacher Roger Bissiere, he started working alone in his studio. During his creative career, he developed an artistic language with references to Greek tradition, incorporating elements of the 20th-century European movements and mainly cubism. 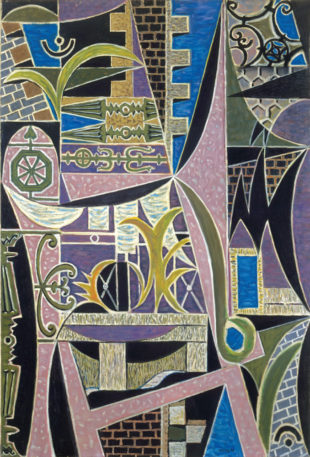