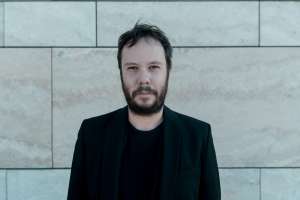 Jazz at the Museum

Jazz at the Museum

The B&E Goulandris Foundation continues its popular concert series Jazz at the Museum with a tribute to great Italian composer Nino Rota by the Spiral Trio, on Friday December 2 at 20.30.

The latest series, which kicked off in October, is dedicated to film music and all concerts take place at the Foundation’s Amphitheatre.

On December 2, the Spiral Trio will create a musical dialogue with Nino Rota’s well-known film scores which have left their mark on the films of Federico Fellini and Luchino Visconti, the first two films of “The Godfather” trilogy and many more. The Trio will adapt Rota’s compositions with great imagination and will use them as a starting point for jazz improvisations.

Founded in 2012, the Spiral Trio – Spyros Manesis, Arionas Gyftakis and Anastasis Gouliaris – is a contemporary jazz group, with references to the tradition of jazz playing. Their first album, “Spiral Trio”, was released in 2017 by ANKh Music Productions and featured almost exclusively jazz standards. Their second album, “Broken Blue”, was released earlier this year in collaboration with American record label Odradek Records.

About the Jazz at the Museum series

In the latest series, three great jazz bands present timeless film scores and soundtracks, from Jazz Noir to Nino Rota and Ennio Morricone. The series kicked off in October with a tribute to Jazz Noir by the Dimitris Kalantzis Quartet and continues: