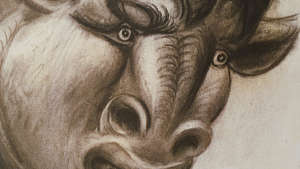 The exhibition included a total of 116 works (oil paintings, drawings, sculptures, ceramics and a few prints) by Pablo Picasso, which juxtaposed with 10 Greek antiquities (statuettes, reliefs, vases and ceramics) from the National Archaeological Museum in Athens, in order to demonstrate the artist's Greek influences.

The objective was to highlight the permanence of ancient Greek elements in Picasso's work, as well as the rupture points with this tradition and the redefinition of the antique sources through Modernism.

The exhibition was held in collaboration with Musée Picasso, Paris. Supported by the Hellenic Culture Organisation - Cultural Olympiad. 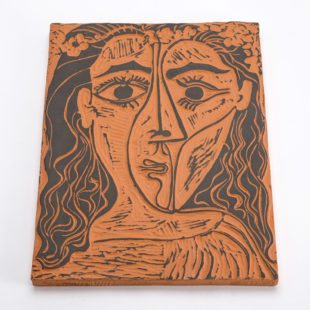 The most famous artist of all times, Picasso, was selected to be presented by the Museum of Contemporary Art of the Basil and Elise Goulandris Foundation in Andros. The exhibition "Picasso and Greece" was inaugurated at the premises of the Museum with the presence of a number of important guests from Greece and abroad. The particular relation of Picasso with Greece attracted a wide audience which acquired, upon the completion of the guided tour, a wider picture of the influences Picasso developed, in relation to our country.

The Minotaur against the personal transgressions and inside the labyrinth of Picasso. The Cycladic figurines next to the "bathers, the minimal, clear lines of ancient Greek sculpture set against the pre-cubic" Demoiselles d'Avignon' and attic red craters, in a revealing dialogue with some drawings of the artist, that summarize the artistic developments of our century. […] This year's exhibition "Picasso and Greece" of the Museum of Contemporary Art of the Basil and Elise Goulandris Foundation in Andros which contains 10 ancient art objects from the National Archaeological Museum, next to 116 works by Picasso, aims to prove - in the heart of the Cyclades, in Andros - the fact that the sculpture, the myths, the dramatic atmosphere of ancient Greece have played the role of the archetypal model for the artist of prominence and reversal. […]

Last Saturday, during dusk, the small alley of Aristotelous in the Hora of Andros, with its paved, upward steps was overcrowded. This image - obvious (unfortunately) only during the days of the summer - because of the low intonation Museum of Contemporary Art of the Basil and Elise Goulandris Foundation in Andros, organizes on an annual basis, an event of major importance.
This year's "olympic" summer was obviously the ideal opportunity to offer hospitality to an exhibition of such a cultural status, like this one dedicated the most important representative of modernism Pablo Picasso, with the theme "Picasso and Greece", which has now opened its doors that day, with the proper formality of the occasion and a sense of extravagant glam. […]

Andros at the crossover between the modern and the classical
Katerina Lymberopoulou, TO VIMA - 2004

The Minotaur of the 20th century is not in Crete, but in Andros. In the Museum of Contemporary Art of the Basil and Elise Goulandris Foundation, Picasso breaths new air into the ancient myth, and pays tribute to the art of the classical era of Greece, he revives in his creation the figures of the twelve gods. The most important artist of the previous century traces his sources back into an inexhaustible source of inspiration, engrafting into his work ancient figures and symbols.

The Minotaur of... Andros
Margarita Pournara, I KATHIMERINI - 2004

A Cycladic female figurine stands next to a most impressive painting of Picasso "Large Bather with Book" in the exhibition "Picasso and Greece" which is held at the Museum of Contemporary Art in Andros. […] If we take into consideration that at this moment all around the world there are eight exhibitions dedicated to Picasso, it is a unique achievement of the Museum of Contemporary Art in Andros and the Cultural Olympiad to have organized this exhibition. 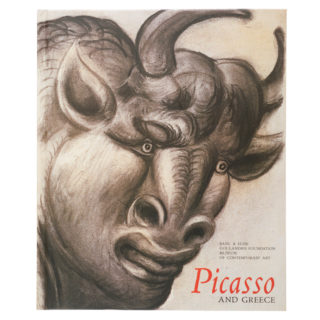 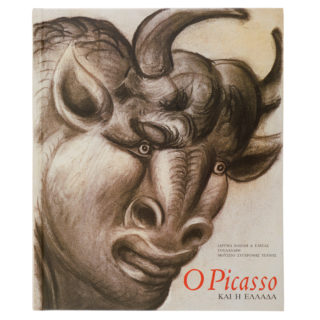